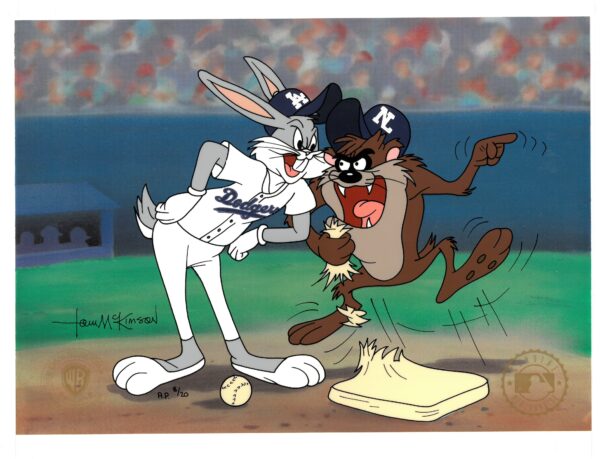 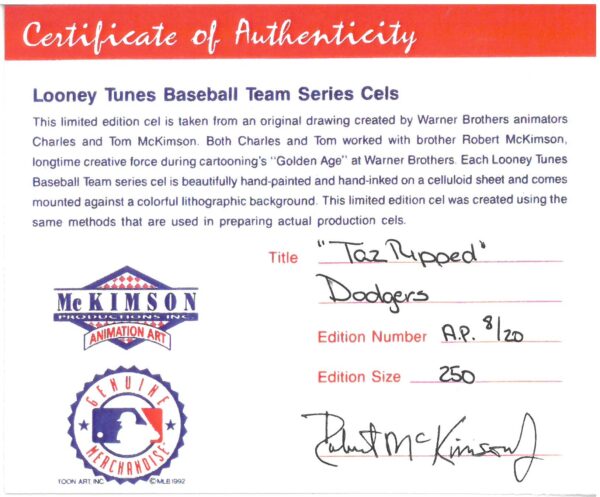 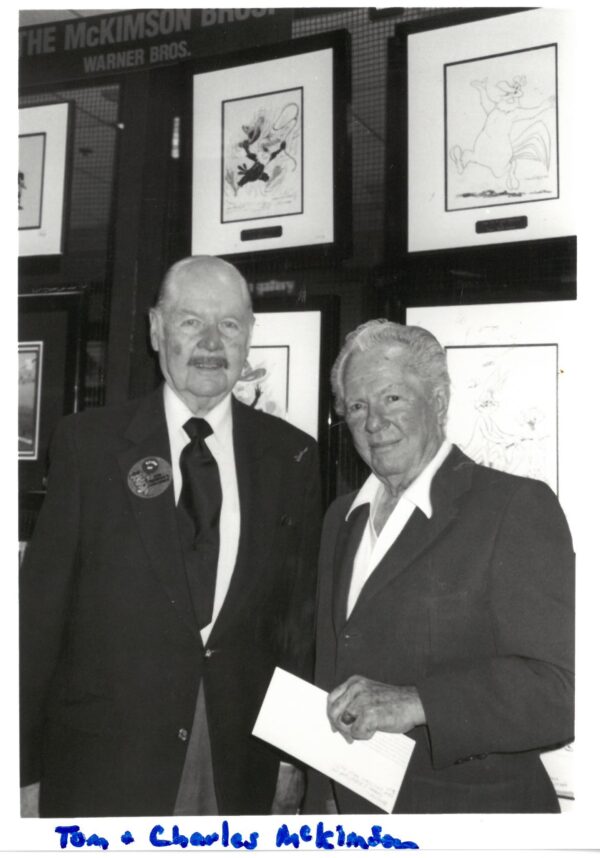 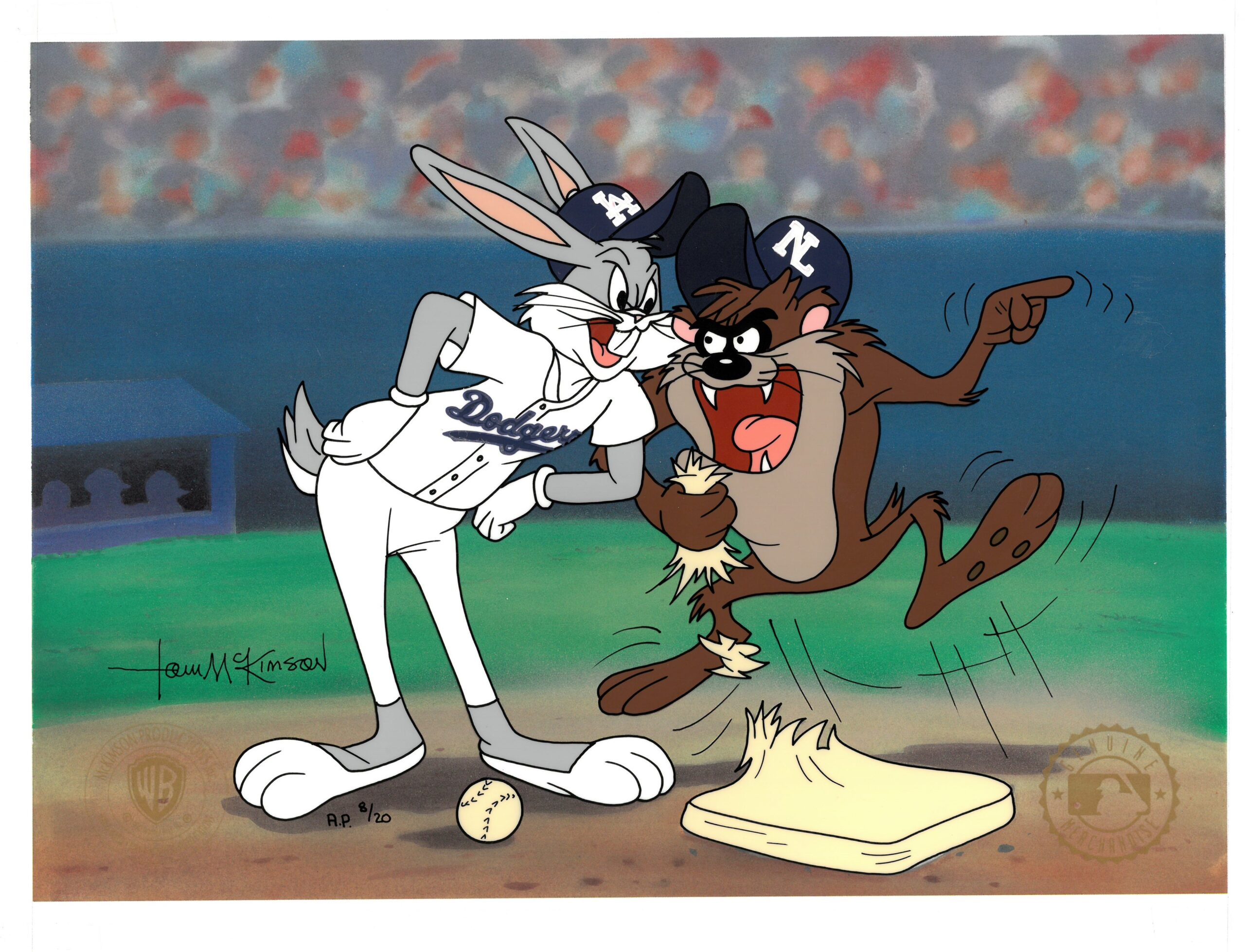 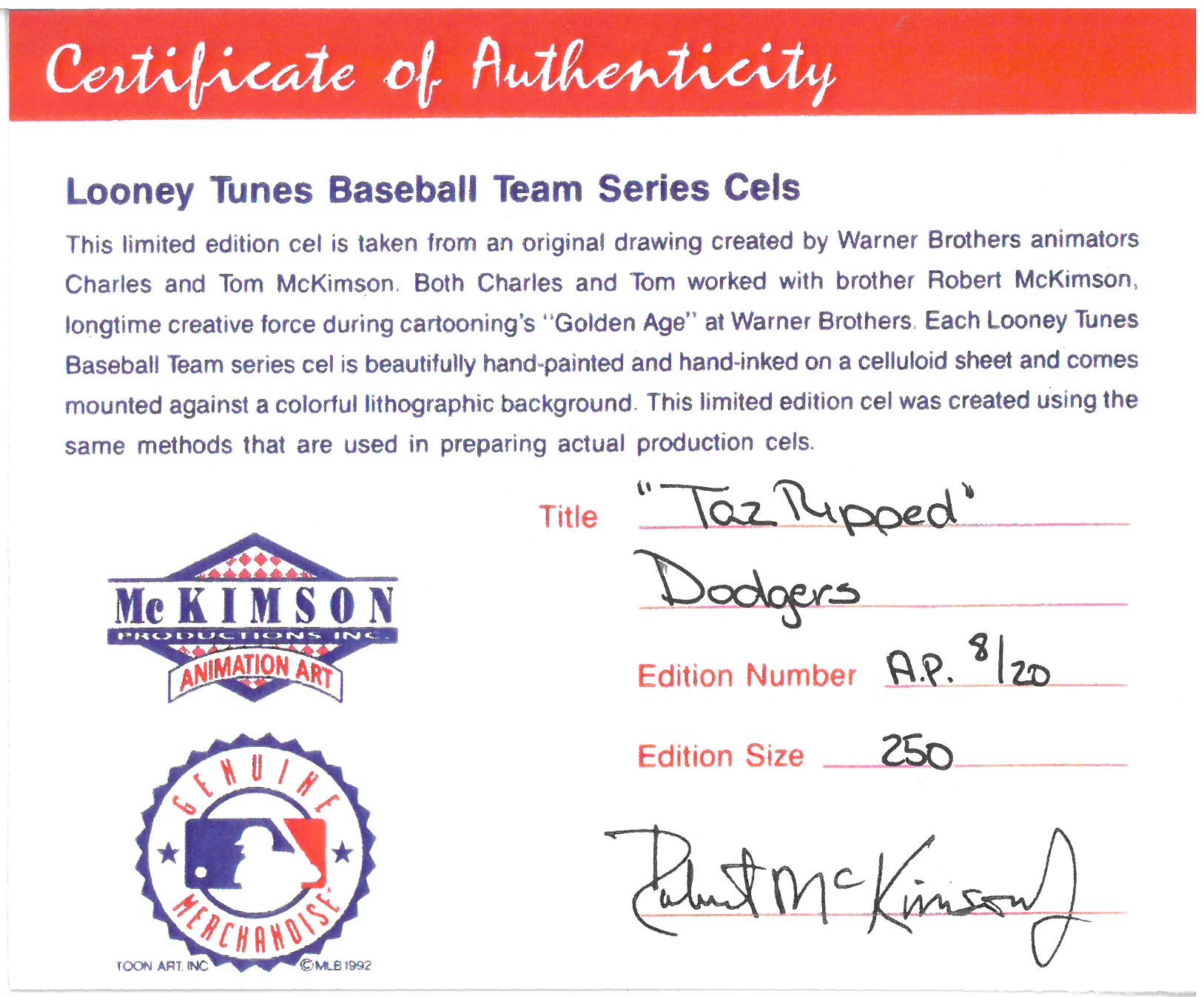 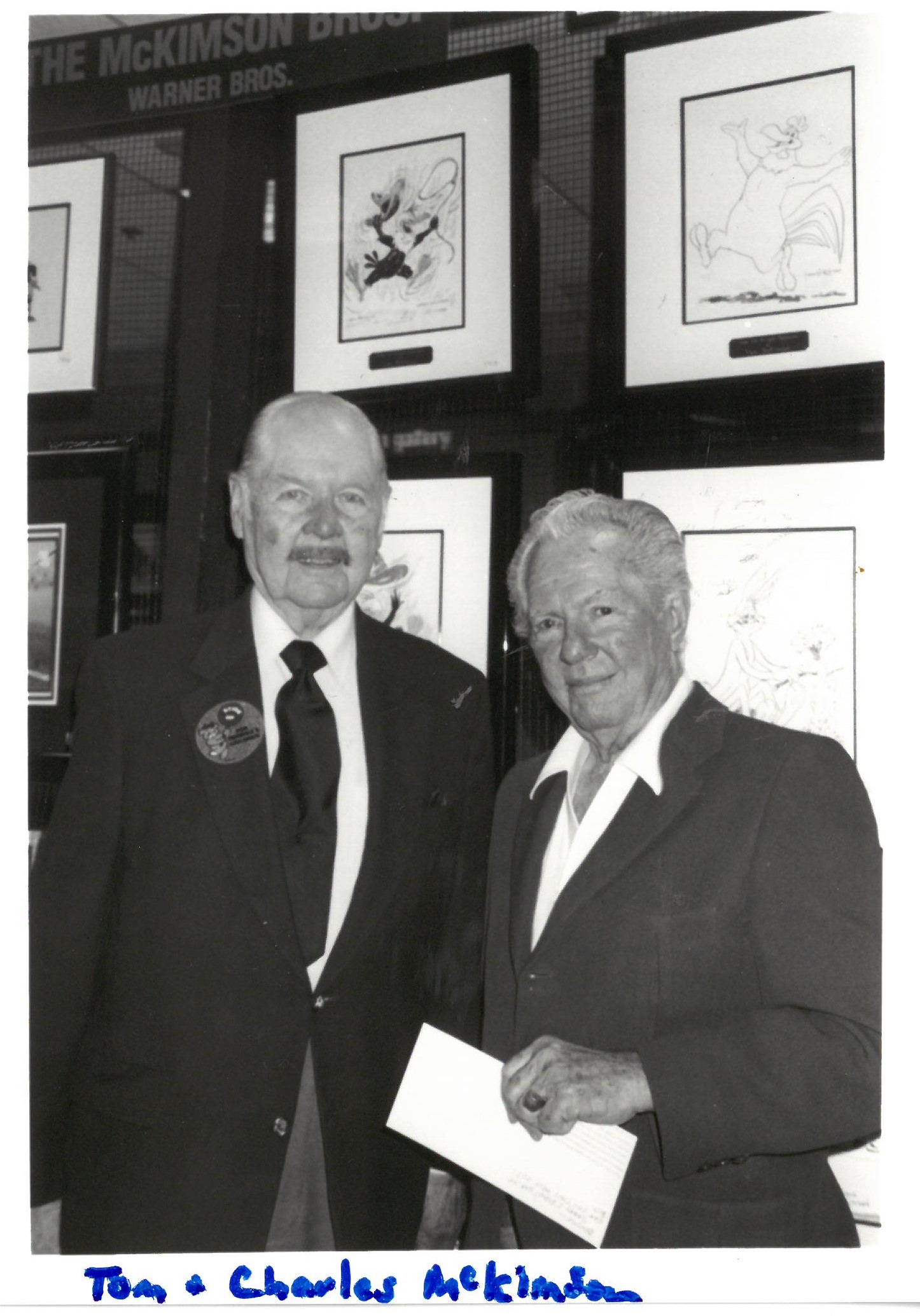 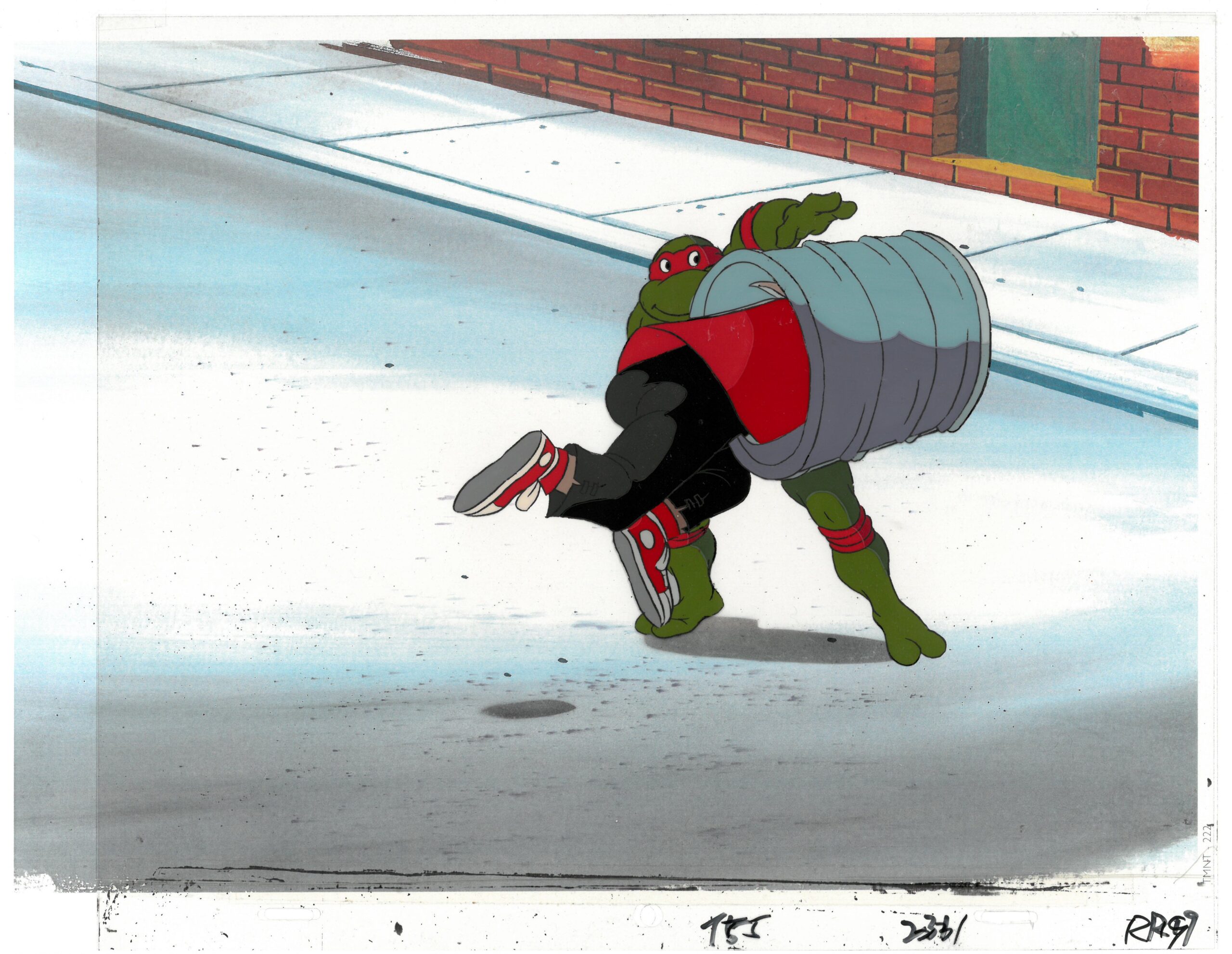 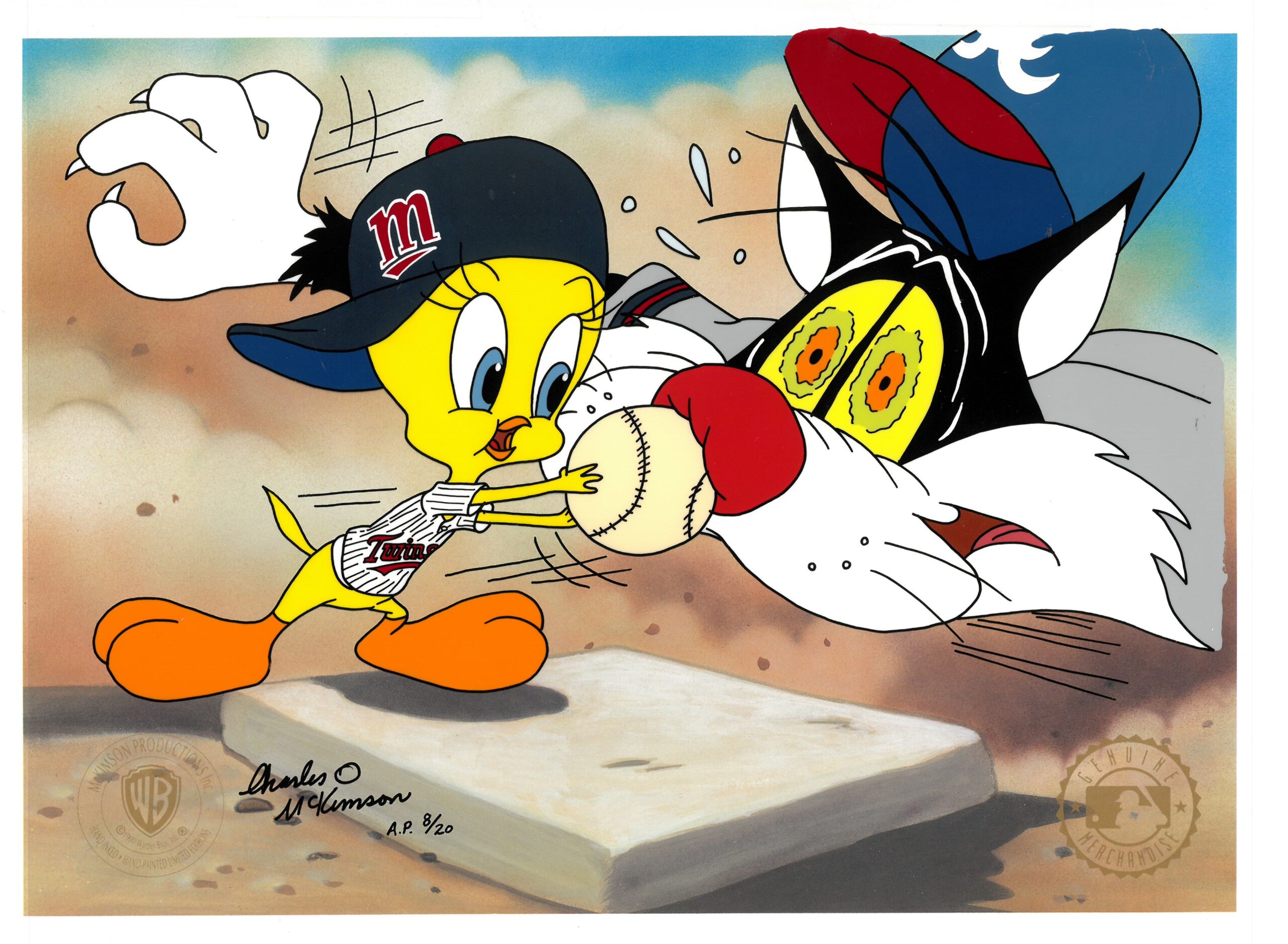 This 12-field prototype hand-painted cel is entitled “Taz Ripped” This image features Taz dressed as a Los Angeles Dodger. The original drawing was created and signed by Warner Bros. animator Tom McKimson.  Both Tom and Charles (deceased) worked with brother Robert McKimson, longtime creative force during cartooning’s “Golden Age” at Warner Bros.  This cel is licensed by both Warner Bros. and MLB.  Is presented with a COA from McKimson Animation Art which has a facsimile from Robert McKimson.