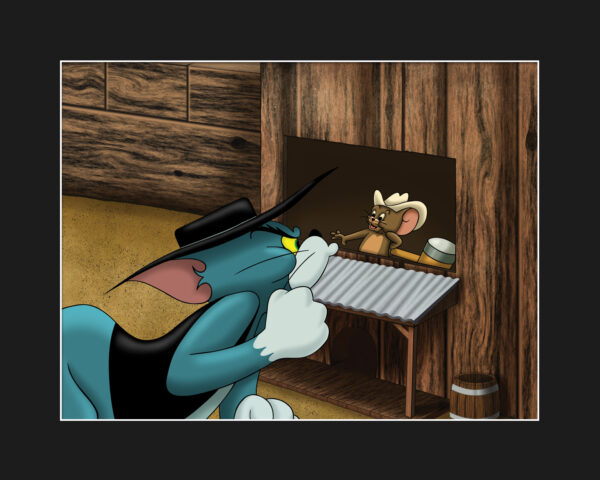 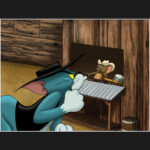 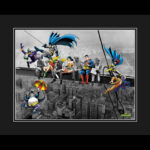 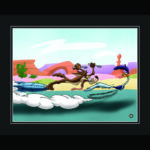 This framed fine art giclee entitled “Tall in the Trap” features Tom and Jerry.  Tall in the Trap, released in 1965, was produced by Gene Deitch (1924-2020.) Gene” Deitch was an American illustrator, animator and film director. He has been based in Prague since 1959. Deitch produced animated cartoons for studios such as UPA/Columbia Pictures, Terrytoons/20th Century Fox (Tom Terrific), MGM (Tom and Jerry)  He stayed active in the industry from 1945-2008. Presented Matted with a COA.  16×20