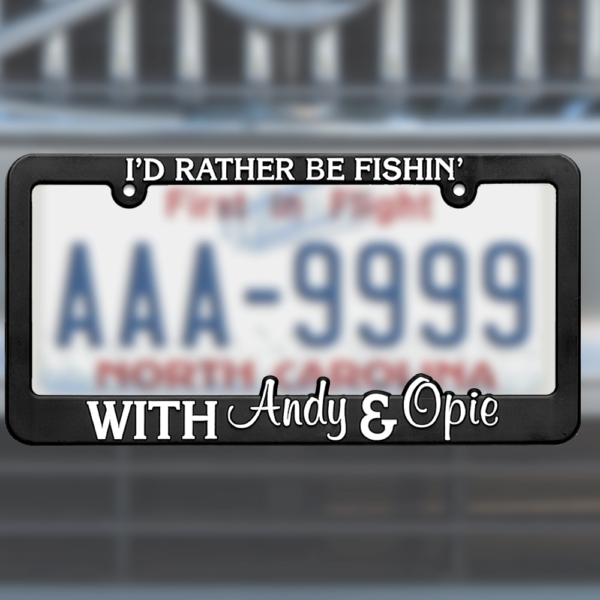 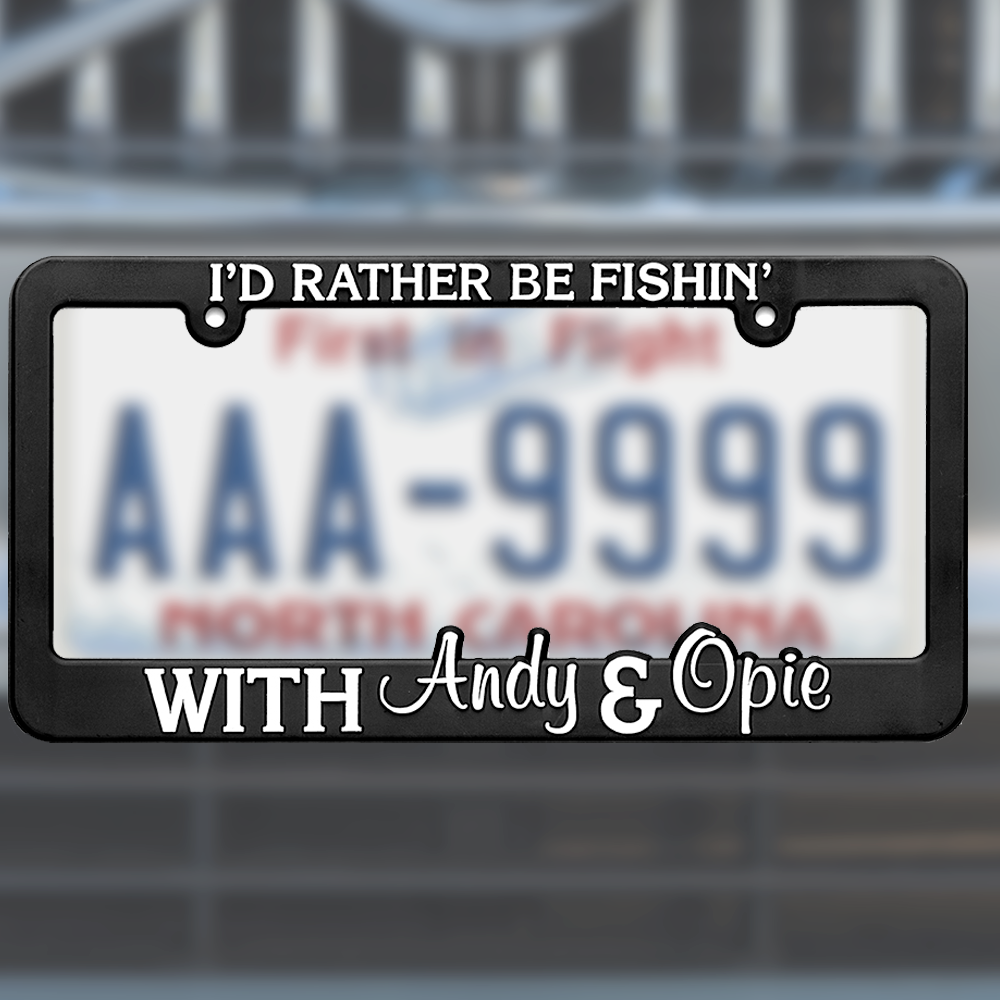 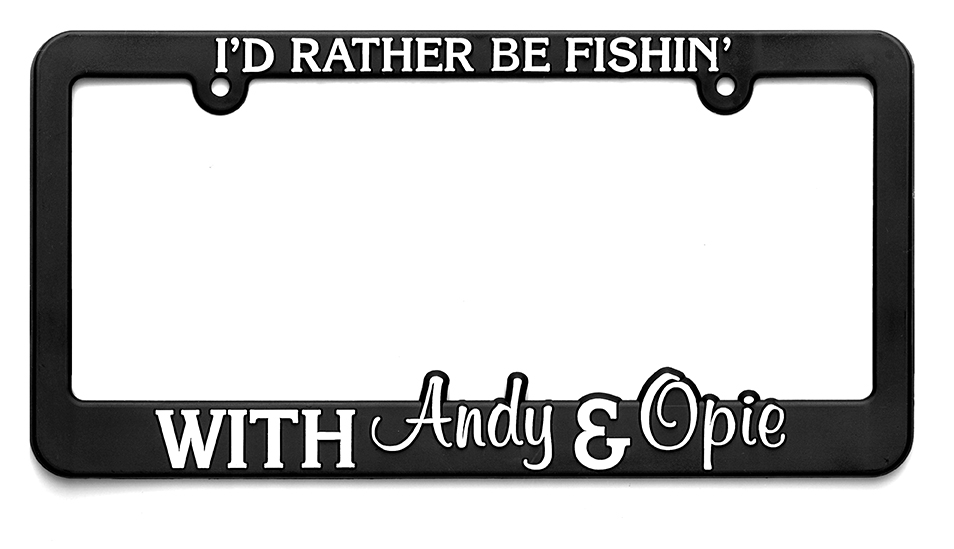 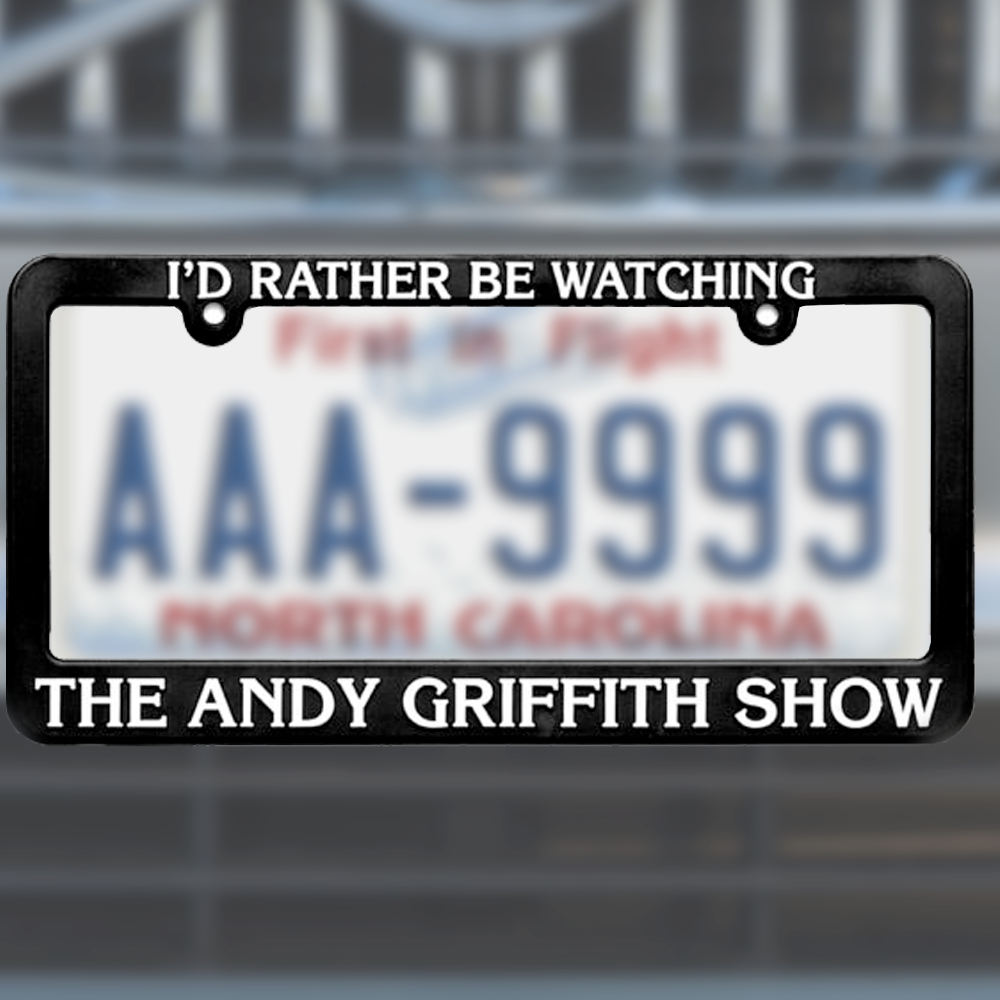 Add some oomp to your automobile with this “i’d Rather Be Fishing with Andy” license plate holder.

Add some oomph to your automobile with this “i’d Rather Be Fishing with Andy” license plate holder. The Andy Griffith Show is an American sitcom first televised by CBS between October 3, 1960 and April 1, 1968. Andy Griffith portrays a widowed sheriff in a fictional small community of Mayberry, North Carolina. His life is complicated by an inept but well-meaning deputy, Barney Fife (Don Knotts), an elderly aunt and housekeeper, Aunt Bee (Frances Bavier), and a young son, Opie (Ron Howard). Local ne’er-do-wells, bumbling pals, and temperamental girlfriends further complicate his life.