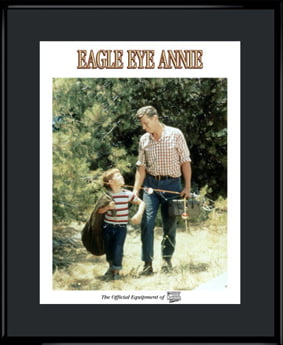 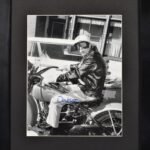 This 11×14 lithograph features Andy and Opie walking along carrying the prized “Eagle Eye Annie” fishing pole. Each lithograph comes matted and framed with certificate of authenticity.