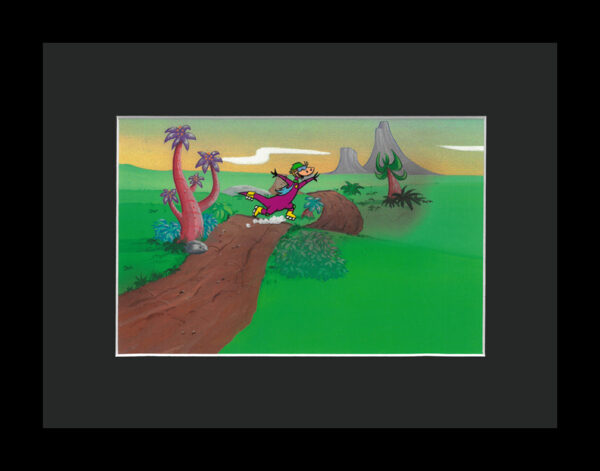 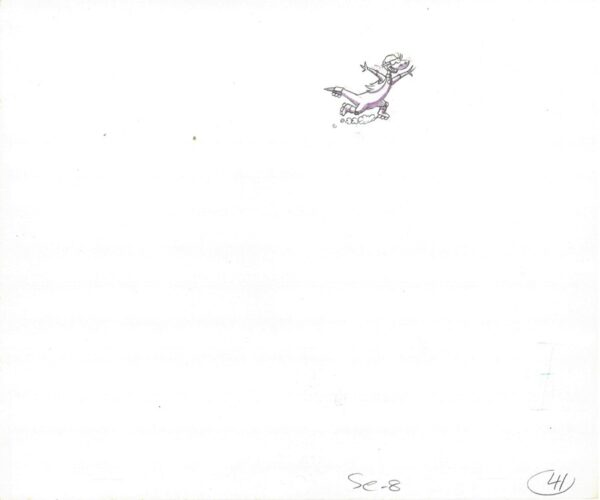 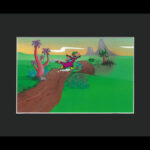 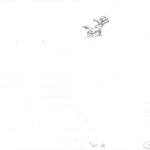 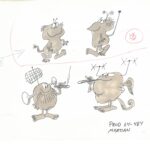 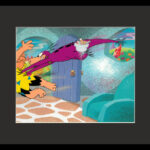 An Original Production Cel and matching drawing of Dino Flintstone skating   These were used in the Hanna-Barbera TV Commercials “Flintstones Dino Pebbles” which aired during the early 1990’s.  It was produced by Playhouse Pictures Hollywood.  This drawing for this cel was created by cartoonist and animator Scott Shaw. Produced by Playhouse Pictures Hollywood. Playhouse Pictures, founded in the 1950’s, produced many well-known animation commercials, promotions and TV Openings, such as Hee-Haw, Rice Krispies, and Playboy.   Includes COA – Framed- 9×12