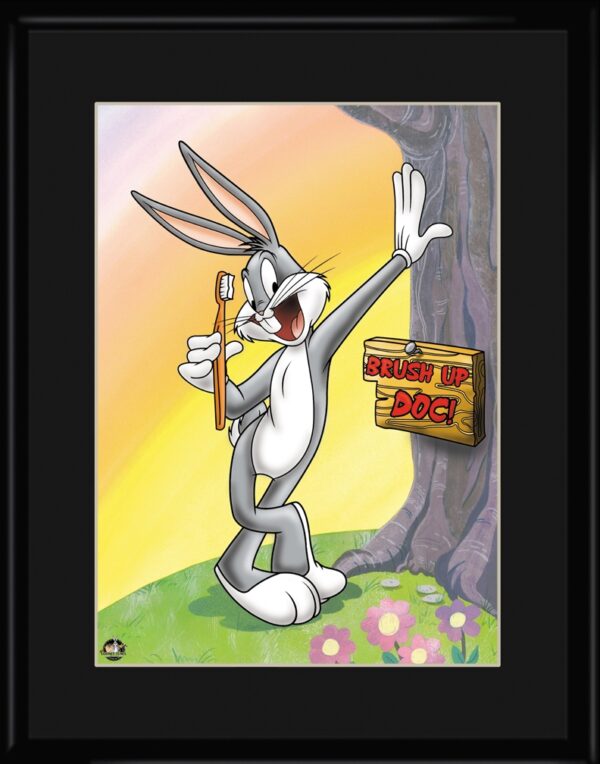 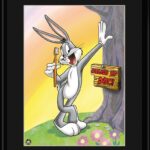 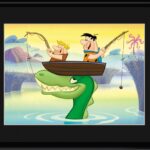 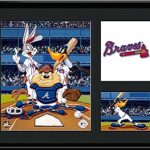 This Warner Bros. Brush Up Doc Lithograph features the Classic pose of Bugs Bunny leaning against a tree. Size 11×14.